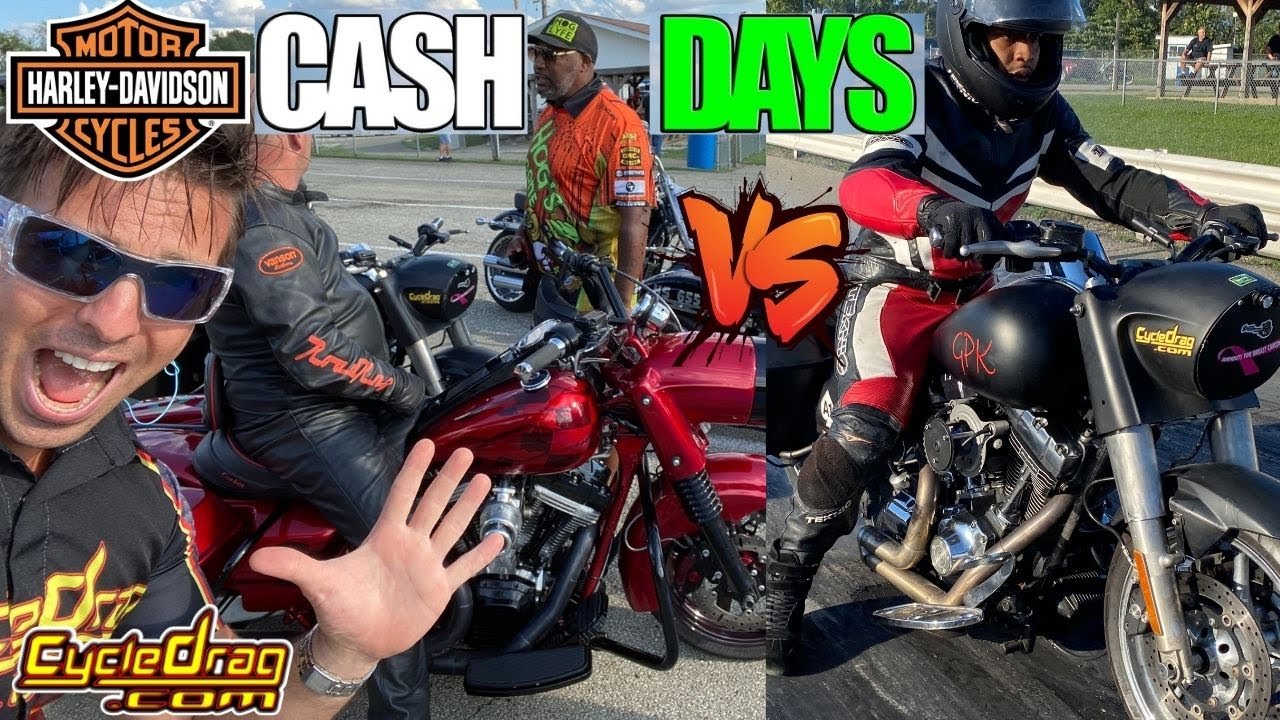 Cash days Street racing 2020 rolls on and this time it’s the world’s fastest Harley Davidson baggers that are running for the big money, $500 a race to be exact, at the HARLEY drag bike racing event, Hogs Gone Wild at Pittsburgh’s Keystone Raceway Park IHRA drag strip. In this video we line up the fastest, loudest, meanest most powerful Harley Baggers and bring you all the trash talk, wagering, engine rumble, burnouts, holeshots , wheelies and Top Speed as the top Bagger races from all over the country start off the weekend right. In the beginning of the video we take you along with CycleDrag as we fly from California to our hometown of Pittsburgh where we are greeted by the Steelers’ Franco Harris statue, depicting the Immaculate Reception. We show you the corner store that was one of the inspirations for Cycledrag. We give a Keystone Raceway Park trivia question involving the first five second Funny Car run and a man named “TV” Tommy Ivo. We also show you a fast Kawasaki H2, a nitrous Hayabusa, a Super stock GSXR 1000, Assim Chaudhry’s “Baby Kong,” followed by his Pro Street Bagger going for a world record! Enjoy and share with any Harley fan!

To take advantage of some amazing discounts at Brock’s Performance, click –
USE cycledrag5 coupon code.