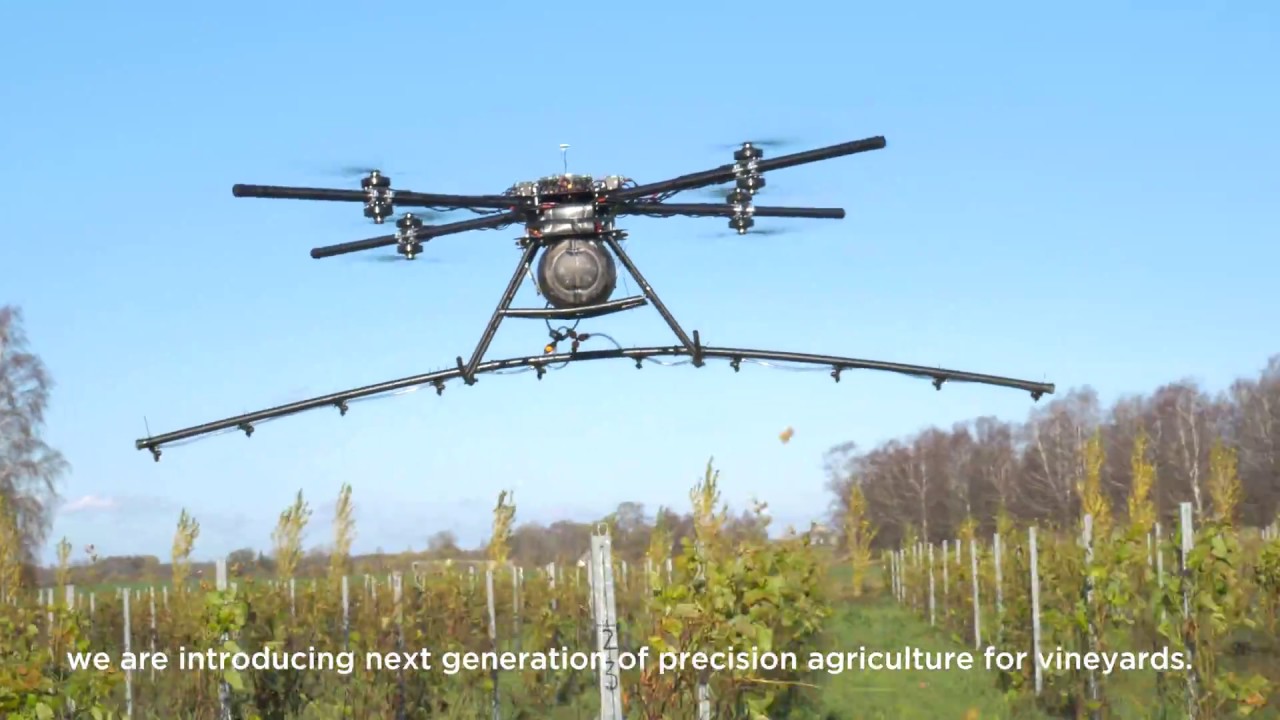 In 2017 the team took part in one of the most prominent business accelerators in Silicon Valley – Boost VC, run by the fourth generation venture capitalist Adam Draper and were mentored by the billionaire Tim Draper. In 2018 AirBoard is part of Alchemist Accelerator – ranked as No.1 B2B accelerator in the world by Forbes.

It makes us look at the world and what more than anything to rethink the way we are doing things.

Pesticide spraying in steep and mountainous vineyards are currently being treated with workers wearing a 20 kg backpack that walked through spraying the field with all the chemicals all around them or expensive and noisy helicopters.

With AIRBOARD AGRO we are introducing the next generation of precision agriculture for vineyards. Built for pesticide and fertiliser spraying with a capacity of 60 litres it is 50 times faster than manual spraying and twice as cost effective than using a helicopter.

The main challenge is to apply preventative fungicide application to prevent the powdery mildew from forming which is the largest problem with wine grapes.

AIRBOARD AGRO is up to 5x more precise than a helicopter leading to better fungicide prevention results. And ultimately – use less pesticide which leads to more natural yield.

Spray quality is further enhanced with a downward facing radar that keeps the AIRBOARD AGRO at exactly the right height above the wines.

BETTER ROOT GROWTH due to no soil compaction.

More important time to focus on your business priorities.

And ENVIRONMENTALLY FRIENDLY. Powered 100% by electricity.

AirBoard is backed by #1 B2B accelerator in the world and running active pilot tests in the Northern Europe and Germany vineyards.