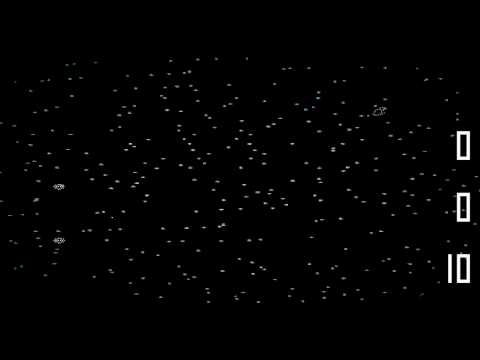 Computer Space, the world’s first commercially sold coin-operated video game and video game system of any kind (predating magnovox odyssey) It’s the first coin-operated arcade game to use a video display to generate graphics via video signal (predating Magnovox Odyssey). It was built by Nolan Bushnell (a founder of Atari and Chuck E’ Cheese). He wanted video games available to the public but it was too expensive to use computer hardware or it’s CPU. So he decided to build his own arcade cabinet (after Galaxy-Game in 1971) entirely of electrical transistors and circuits and discrete logics,( the same parts used to produced and manufacture television. Also the same strategy that Ralph Baer used to make Magnovox Odyssey usd.). To reduce cost and make them more affordable to the public. However, it was not financial success. But Nolan later created and release Pong in 1972, which was very successful.

Galaxy-Game is the only coin-operated computer game to predate computer space. Galaxy-Game was built also built in 1971 , only with mainframe computer hardware and only one was ever built. So we probably won’t see this game emulated since it’s now at the hands of the museum. Simulation maybe possible but it won’t be very accurate.

This is not an emulation. More of a very accurate simulation. There are currently no emulators to play this game since MAME can only emulate games at CPU levels. This game does not have a CPU or ROM chips. In order for MAME to emulate this game, it will have to emulate the whole electronic hardware, which is not very easy to do. But software simulation is available. Thanks to the people who created this software simulation game, with sound effects and audio ripped from the original arcade machine. Any interested in playing this game, here’s a link below: