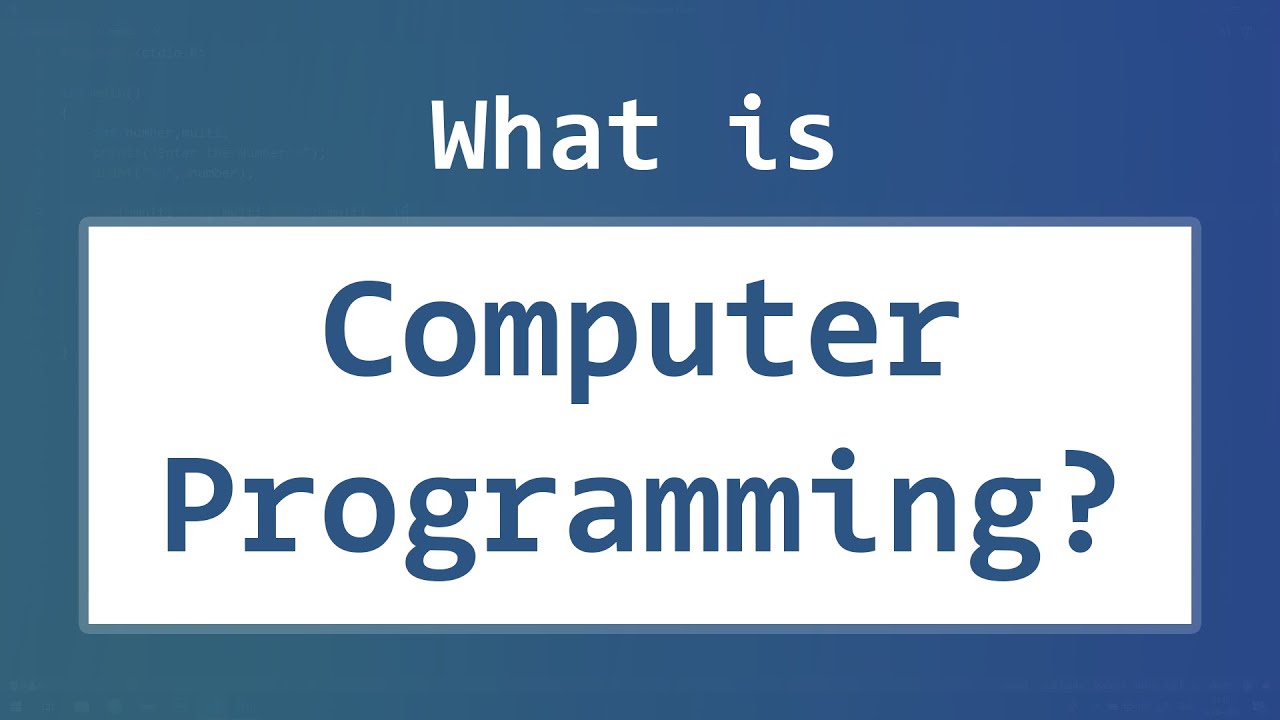 in this tutorial you will learn the concept of computer programming and the types of programming languages available including the machine level assembly, higher and middle level languages with their advantages and disadvantages.

A computer is a general purpose machines which can perform many computational task and the modern day computers that we have they can perform billions or trillions of calculations within a fraction of second.
These computer’s they can’t really do anything on their own. so for a computer to do something one has to give the instructions to it and these instructions will contain step by step information to perform a specific task and these are called as program.

Computers are built to understand the binary language / machine language and since it is difficult to code, assembly languages are invented.
After that middle and higher level languages were invented.

program written in middle / higher language are converted to machine code and executed in either through the compilation method or by using the interpretation method.

languages which use compilation method are called as compiled languages.
for example c, c++ etc.

languages which use interpretation method are called as interpreted languages.
for example python

you will also learn about the terms like program programming programmer compiler and interpreter, compilation and interpretation.

10 Surprising Cleaning Hacks to Help You Healthy and Happy! Life Hacks and DIYs by Blossom