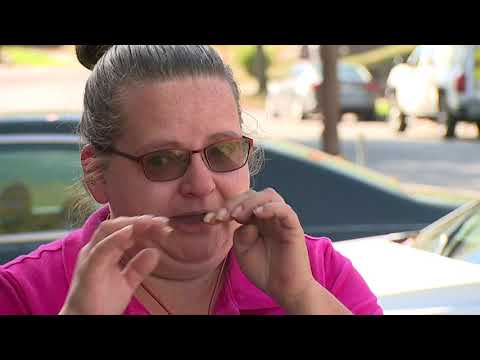 Police in Akron, Ohio are investigating after a driver got out of his car and fired a gun at two kids playing basketball.

A neighbor’s cell video is startling.

Watch as the man– in the hooded sweatshirt– fires three shot at kids.
The shooting happened on rockaway street around 4:30 yesterday afternoon.
The gun– fired towards these two friends– ages 15 and 11– who had been playing basketball in the road.

The kids say it all started because a car was speeding towards them.
The older boy pushed the younger boy out of the street.

The driver then got out of the car, used foul language– and the teen yelled at the driver to slow down.

And then– watch– you can see the gunman walk back to a white Pontiac g6, turn and fire.

Both boys ran to a home for cover.

The driver took off.

The mothers of the children are grateful no one was hurt–
But added, they could be planning funerals right now.

The mother of the younger boy also posted the video on Facebook hoping for tips from the public.

HOW I WON BASKETBALL GODZ & GOT UNLIMITED BOOSTS in NBA 2K21! BEST METHODS TO WIN…

How to format Desktop or Laptop Using Bootable Pen Drive…