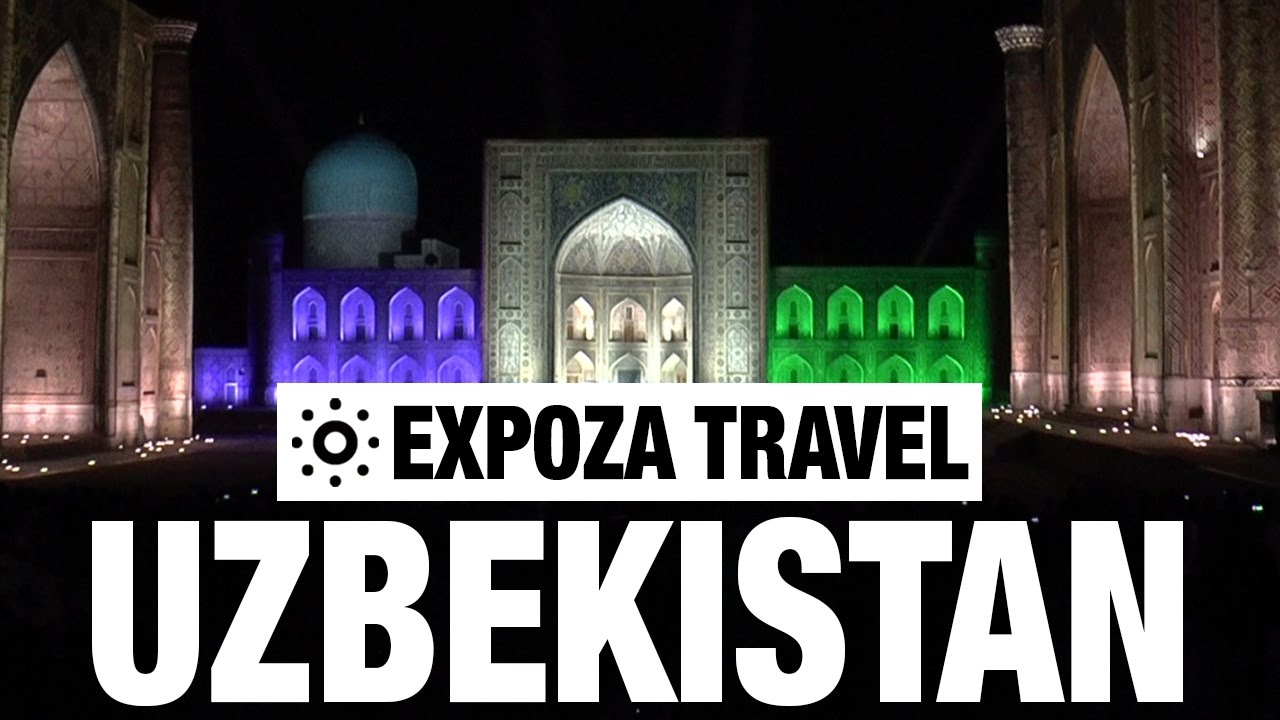 Travel video about destination Uzbekistan.
Uzbekistan is a country with thousands of years of history and contains all the magic of the Silk Road, as well as numerous oriental fairy tales, along with traditional culture, Islamic history and fascinating desert landscapes. Tashkent is the city of Amir Timur, the riding general who established a dynasty. It is a city on the ancient Silk Road, famous in both orient and occident, and having inspired both scholars and poets, plus craftsmen and artists. Modern Tashkent contains wide boulevards and plenty of lush greenery. White storks that symbolize fertility crown the large entrance arcades to the Place Of Independence. Samarqand was the centre of one of the oldest forms of state in Middle Asia, and was located on the Silk Road. Newly introduced Timurid style further enriched the architecture. Coloured mosaics of astounding luminosity compete with glazed relief ceramics whose ornamentation is composed of arabesques, font characters and geometrical shapes. Samarqand Bazaar now has a new, modern appearance and the variety of goods on offer has never been better with fresh fruit, vegetables, honey and cheese. The ‘Wild West’ of Uzbekistan is a wonderful region of deserts with just a few yurt camps for overnight accommodation. Qirk Qiz Qala emerges from the middle of the flat, featureless desert. Almost mystically, the final sharp fragments of the castle’s former defensive towers emerge from the ground which consist mainly of gravel and are covered with low saxaul bushes that defy the desert’s strong winds with their deep-reaching roots. The oasis city of Khiva is one of the greatest centres of ancient Korezm, ‘Land of the sun’, and was where mathematician Mohammed, who discovered algebra, once lived. Almost fifteen hundred years of oriental culture are hidden within the intriguing winding streets of this fine oasis city. Uzbekistan has always been at the intersection of major trade and cultural routes and a border between Asia and Europe, between nomads and the Western world. Exoticism mixed with all the magic of the One Thousand And One Nights!

Thanks for all your support, rating the video and leaving a comment is always appreciated!
Please: respect each other in the comments.

Expoza Travel is taking you on a journey to the earth’s most beautiful and fascinating places. Get inspiration and essentials with our travel guide videos and documentaries for your next trip, holiday, vacation or simply enjoy and get tips about all the beauty in the world…

It is yours to discover!

Until the time is right to travel again, dream away!